skip to main | skip to sidebar

I have been having fun painting some of our Empress modern Russians. The research was based on what I could find on Google and not too surprisingly many of the pictures related to Russia's recent 'fun' in the Crimea and Ukraine. Anyway as the uniform and equipment was and is in transition it was an interesting exercise tracking down the various cammo patterns used.

This is what I ended up going for.

I painted the figure faces first and then moved onto the main part of the figure. Firstly the figure was painted with Vallejo Retractive green. 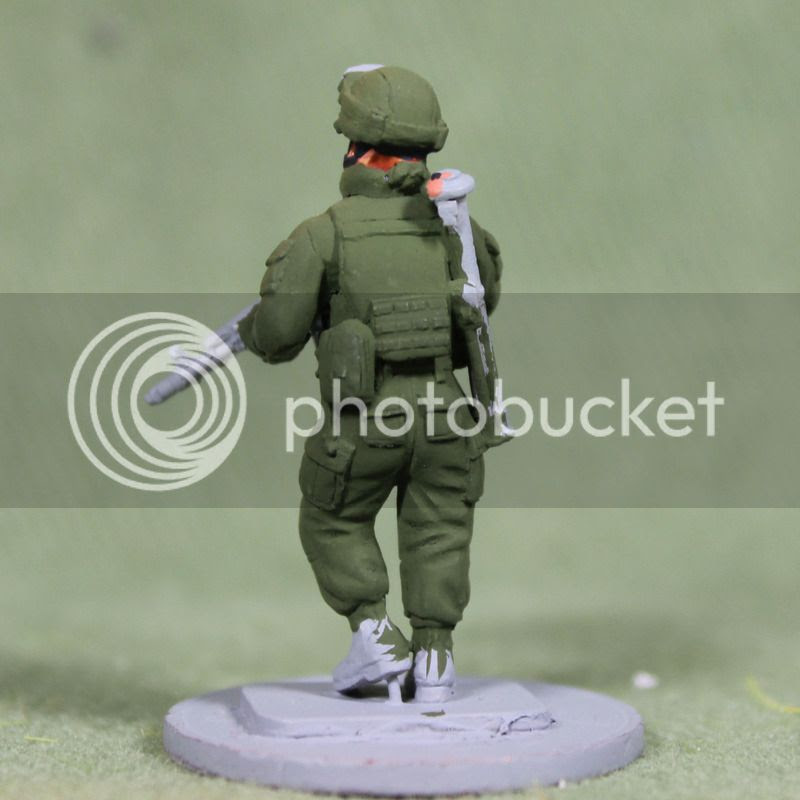 Secondly I washed over this colour with Games Workshop brown wash called Nuln Oil. I love these washes as they are easy to use and save a great deal of time. 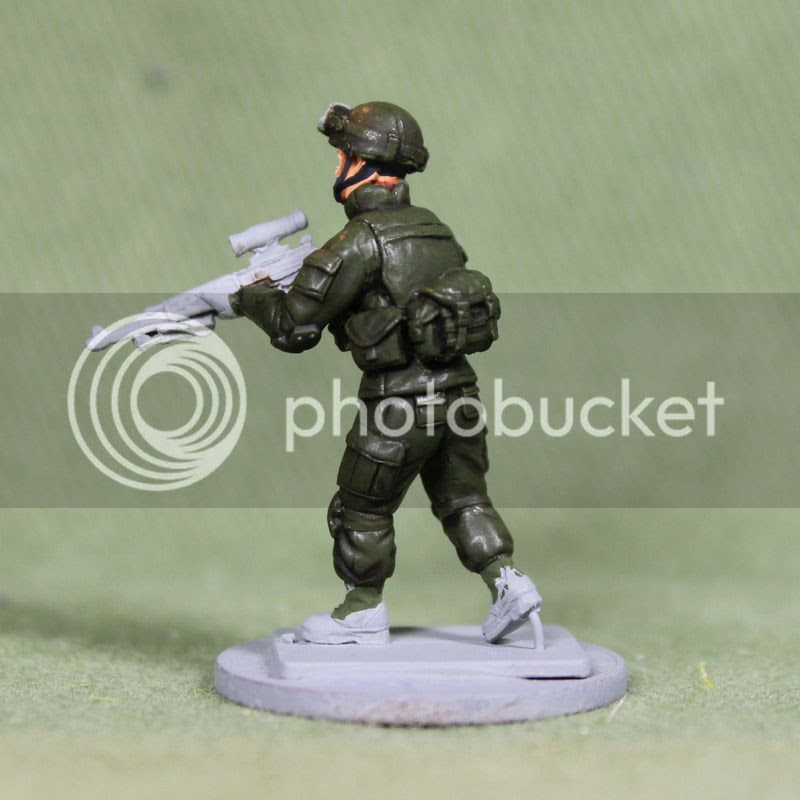 Then when dry using the original colour Retractive Green I highlight the raised surfaces on the figure. This can be done in a very detailed way or fairly quickly given that the next cammo colours actually break up the surface look. This means that you can actually not go into as much detail as you might use on a less cammo based uniform. 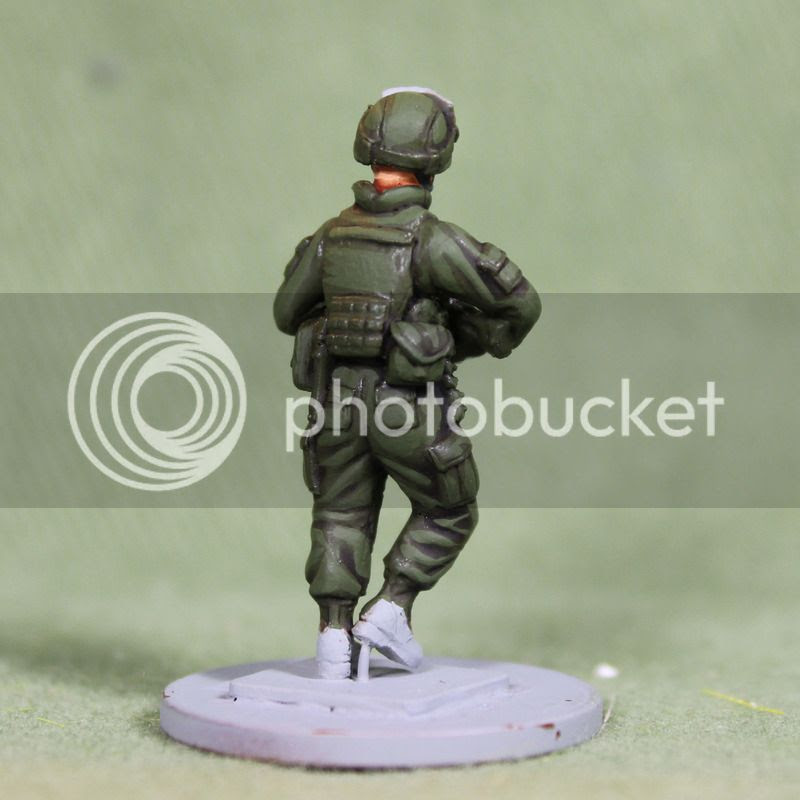 Now to apply the cammo dots. In real life the speckles are tiny dots but when shown on a figure on the table they disappear, as they are designed to do.  I therefore use slightly larger splodges. These are not used all over the surface but in small groups. For this I use Vallejo Yellow Green. 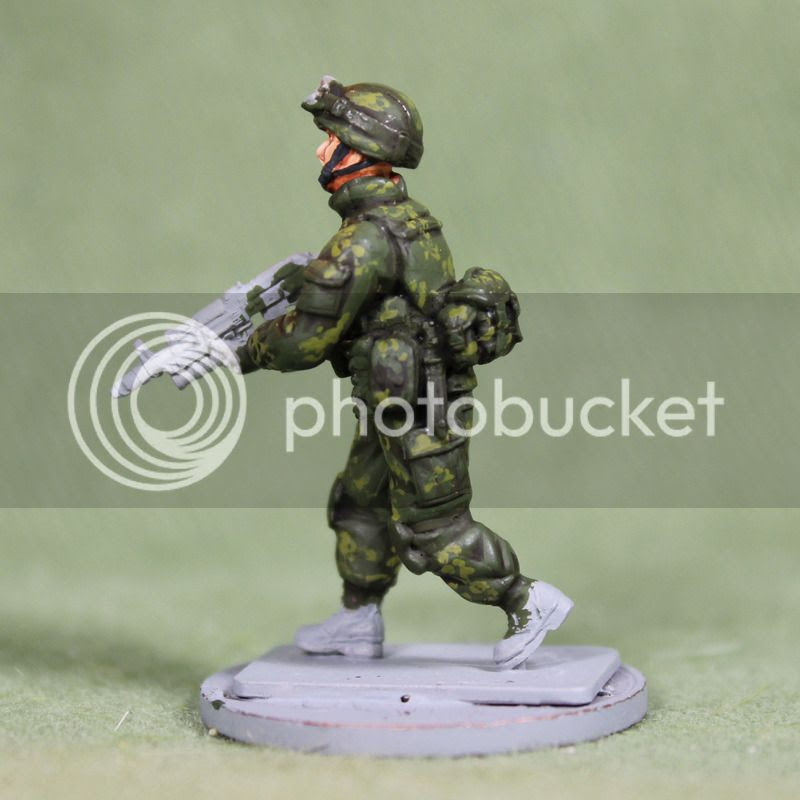 Following my research it becam noticeable that some uniforms had a subtle brick red dot pattern also mixed in. I have no idea what percentage this was used in producing the uniforms so went for about a 40%  with red dots and 60% without.  For the red dots I used Vallejo Red Leather. 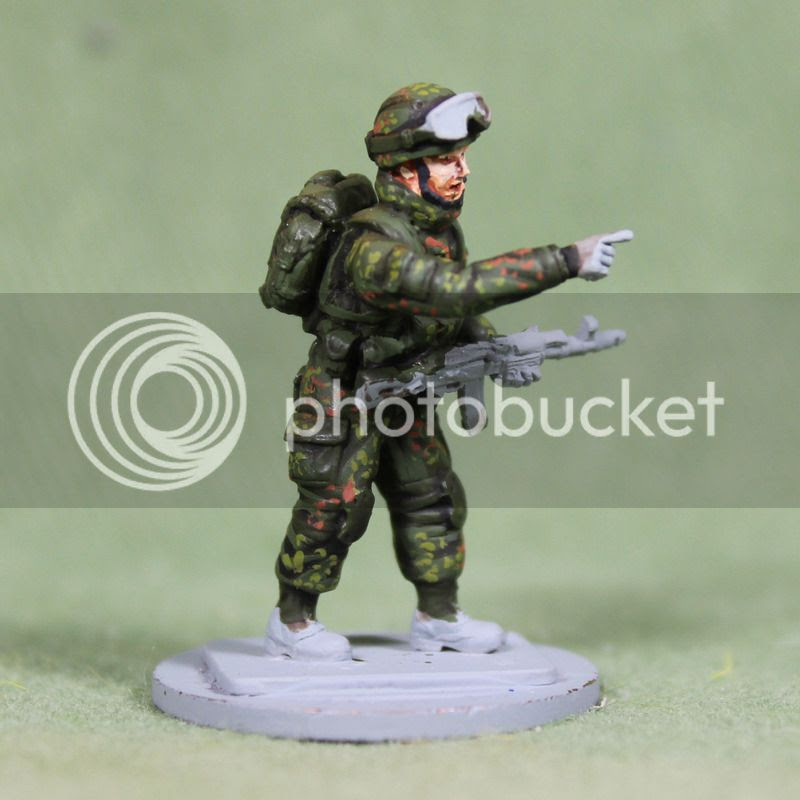 Pack and equipment also varied with some following the cammo pattern and other being plain green the same as the uniform colour. I also noticed that some packs were the old khaki colour. I have done a few like this to break up the look of the unit.

Next up I did the black section such as weapons, goggles and gloves. These were black with Vallejo German Grey (very dark grey). For example the elastic head band on the goggles I painted grey. You do get some with the manufacturers name clearly stated in white. I presume these are private purchase ones. 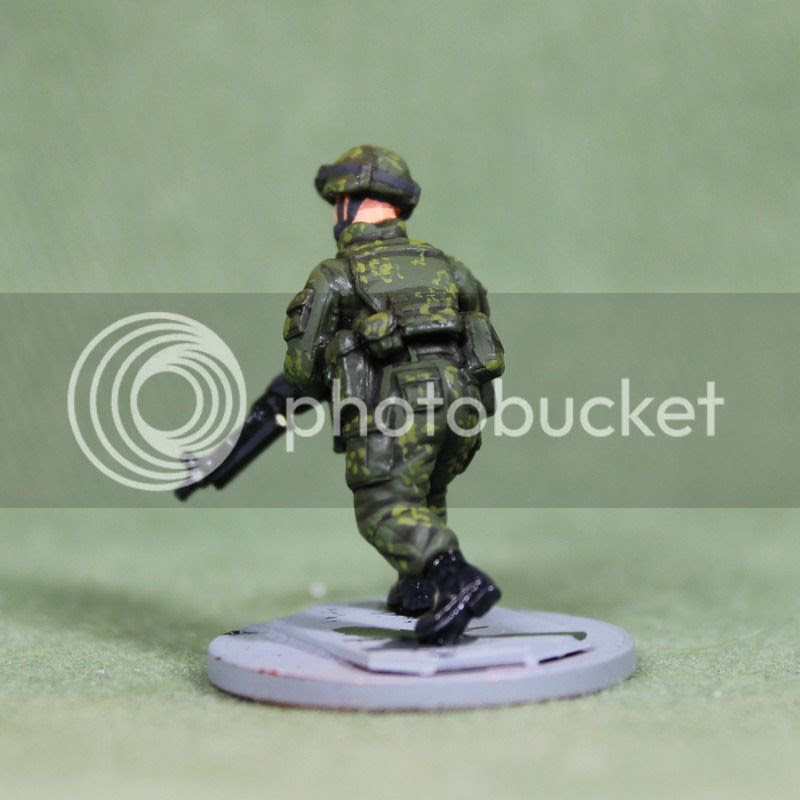 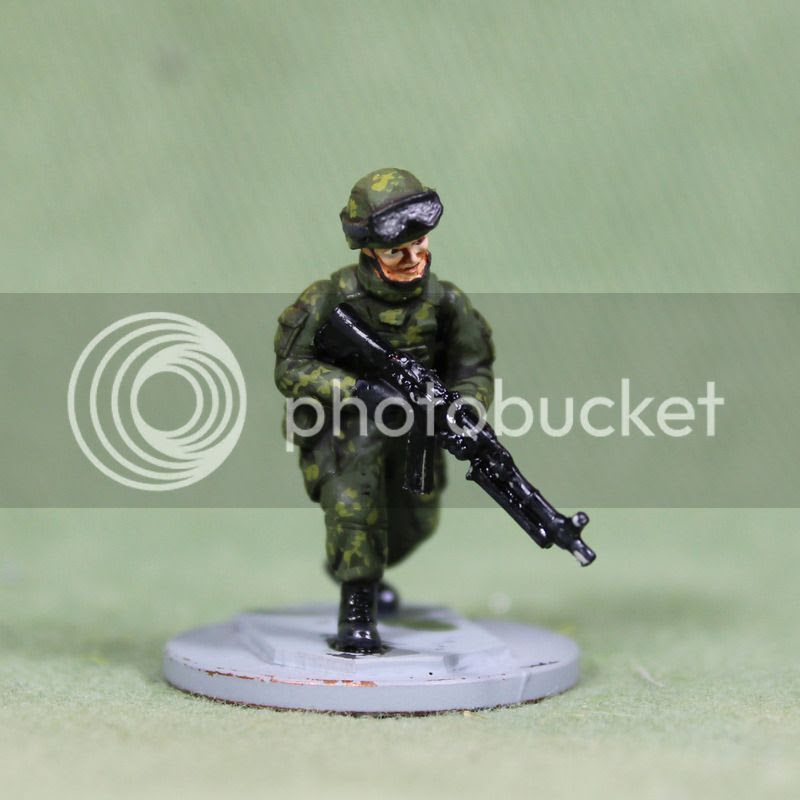 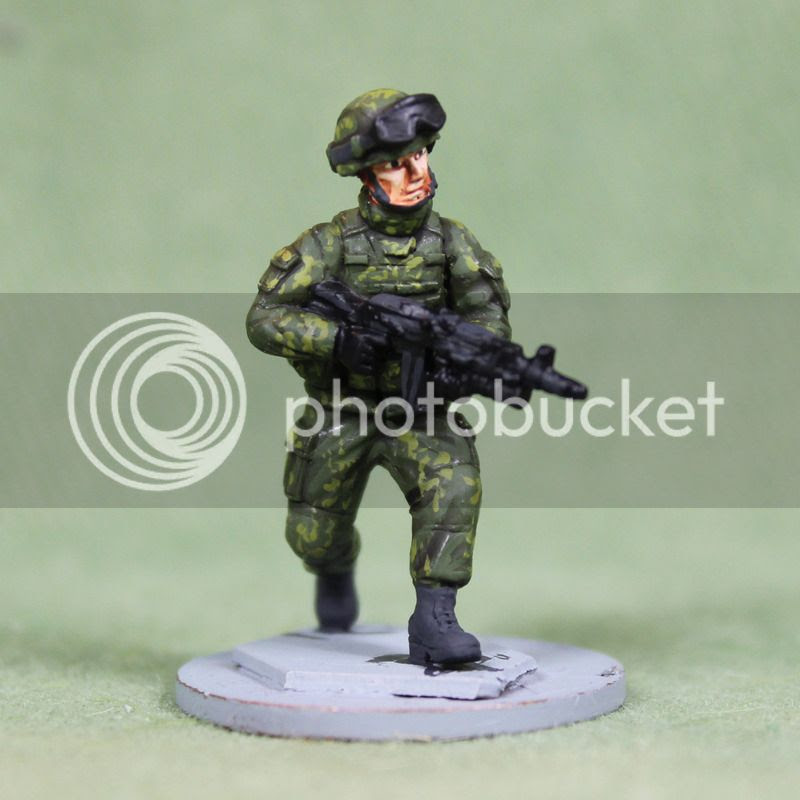 The glass in the goggles I created by using a pencil to fill in the glass. This method is also great for creating windows in vehicles. The weapons are black highlighted dark grea and then a modelling knife used to scrap off some of the worn surfaces to let the metal show through. I then use the Games work shop black wash to blend the work in.

After this its pretty much finished apart from the usual small bits such as the Russian flag badges. All in all quite simple and fun with what I thought was an excellent finished look. Well I would say that wouldn't I?

Some of the finished figures. 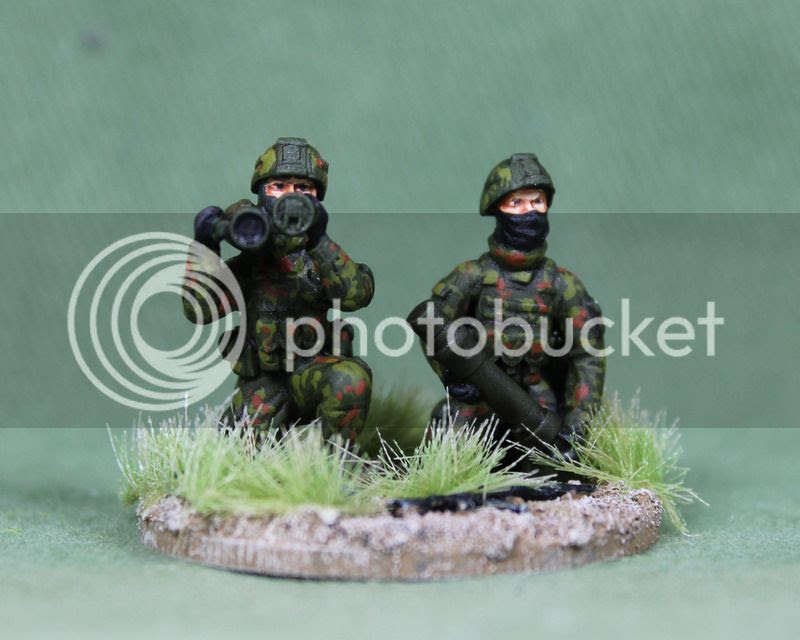 The face masks were also interesting in that many seem to be a dark green but also black was in evidence. 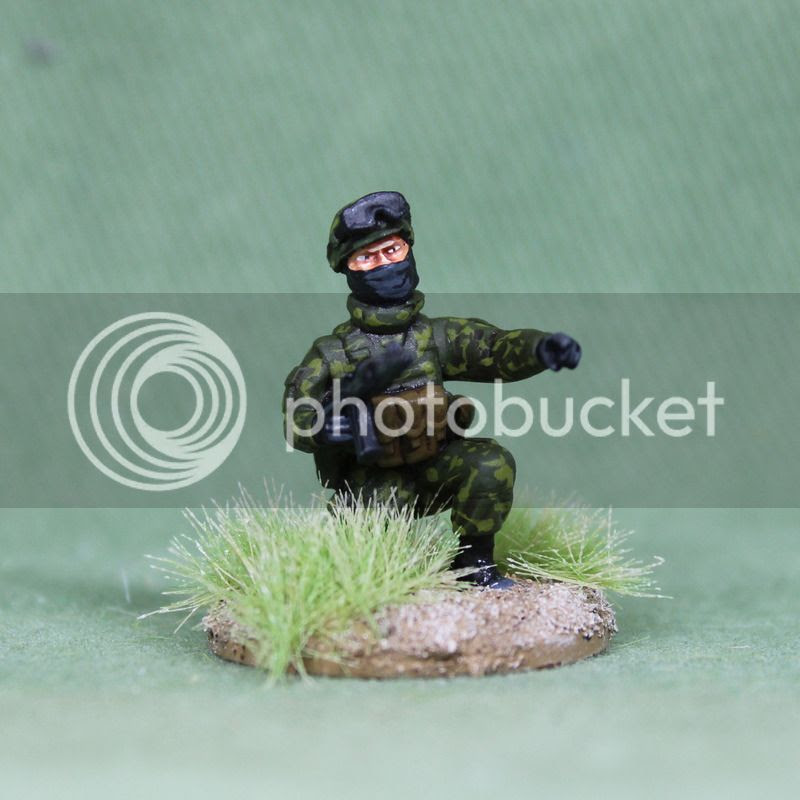 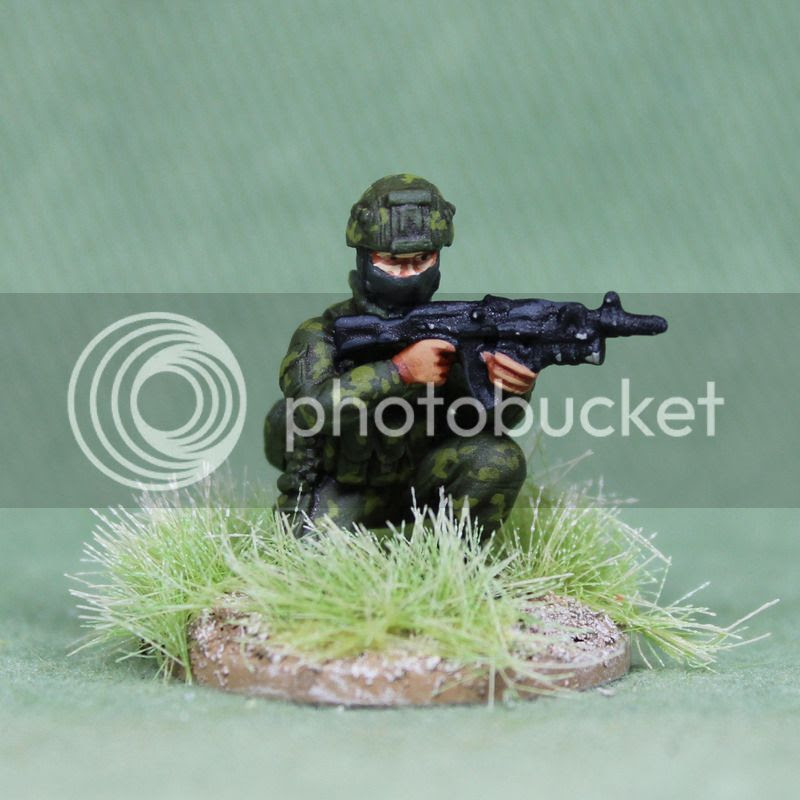 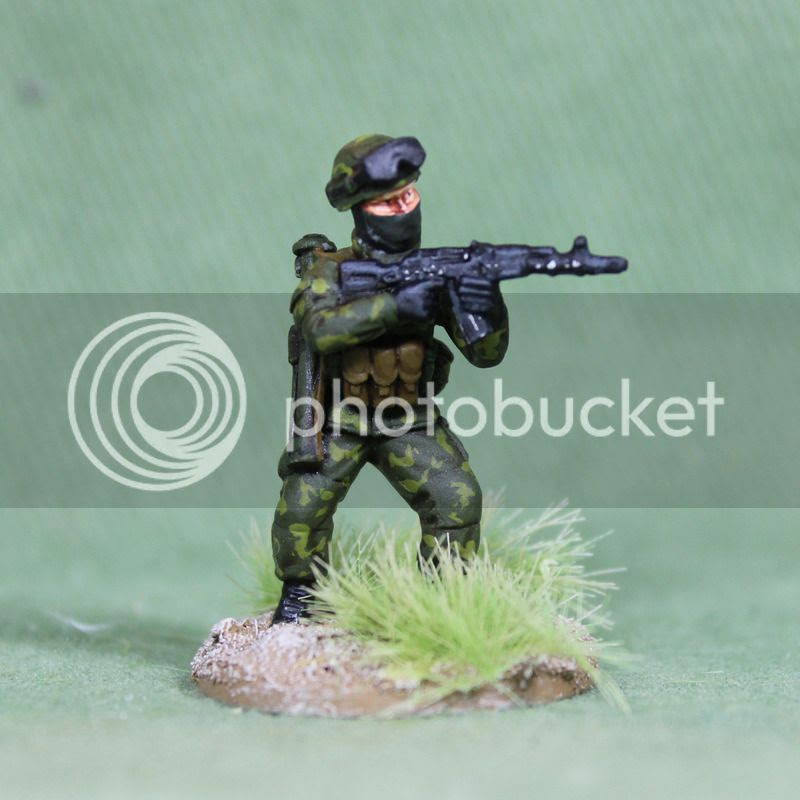 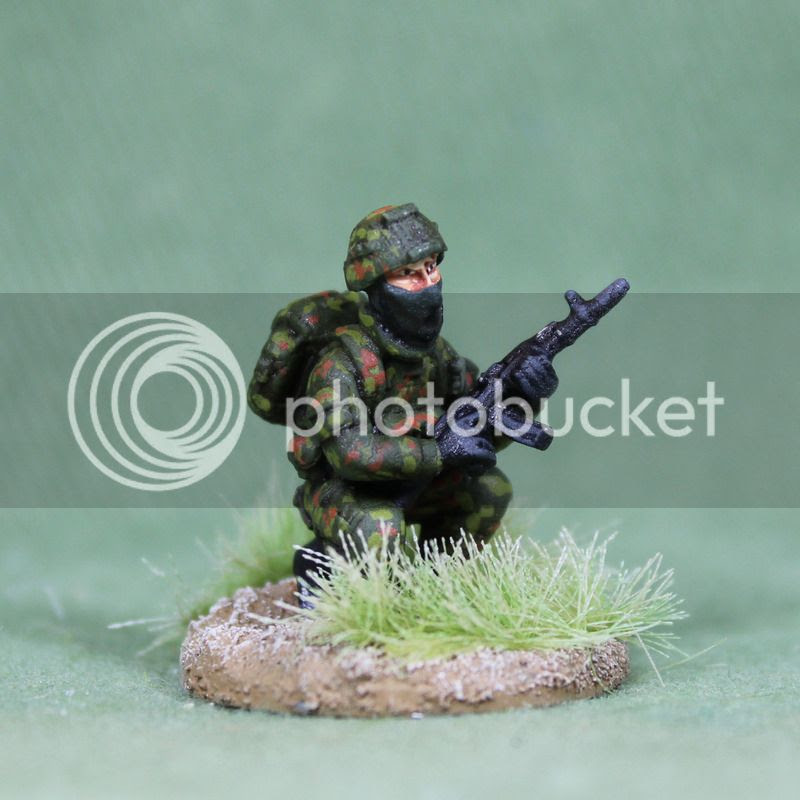 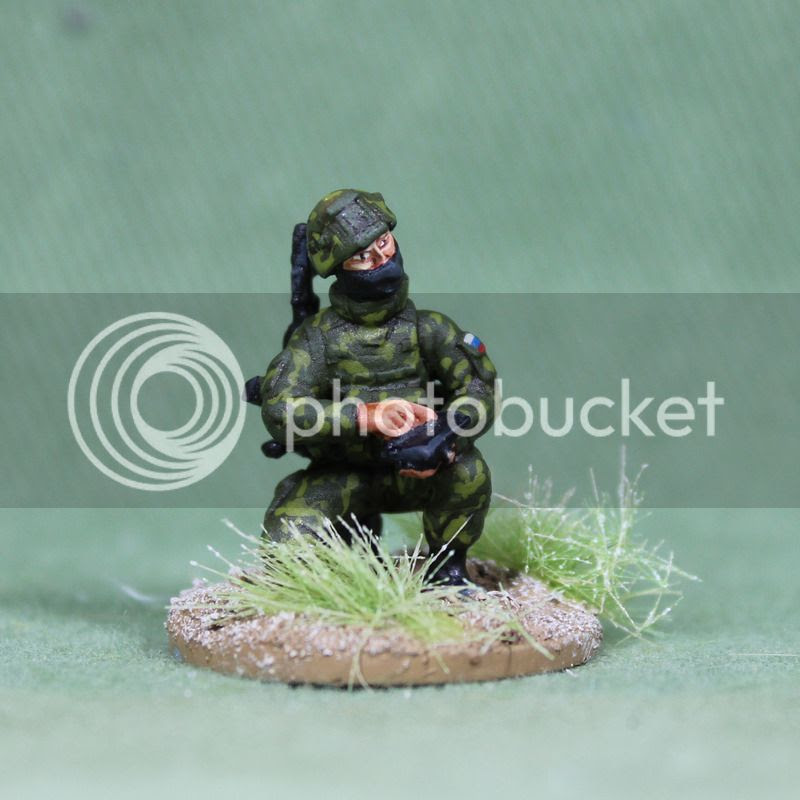 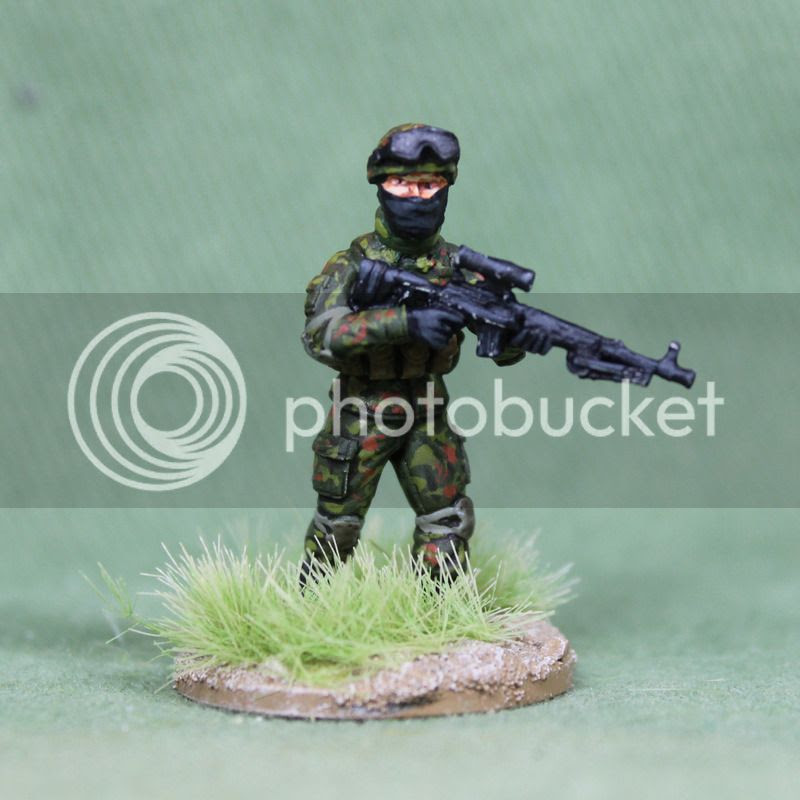 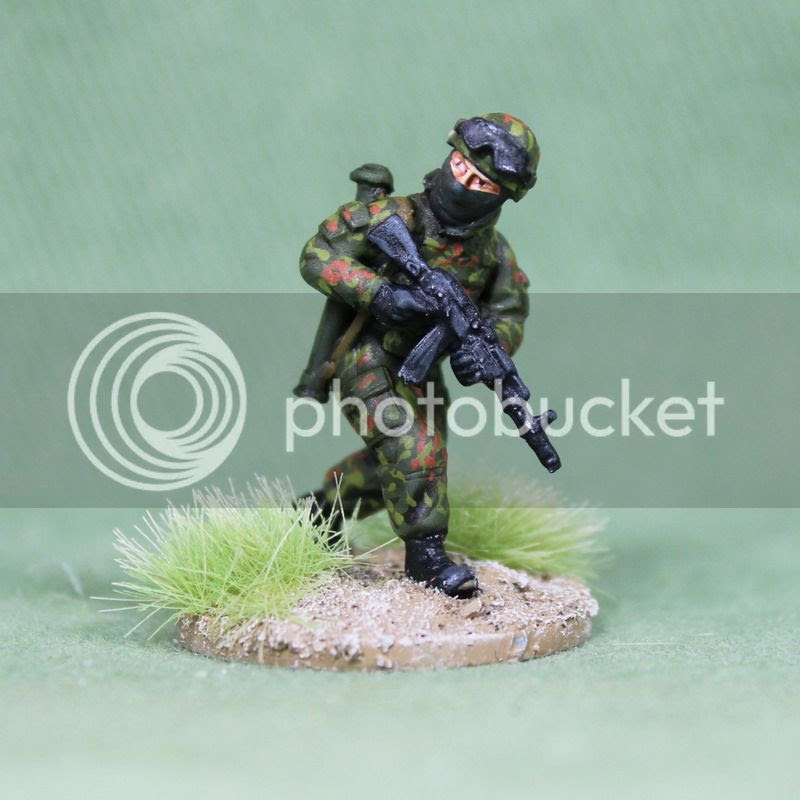 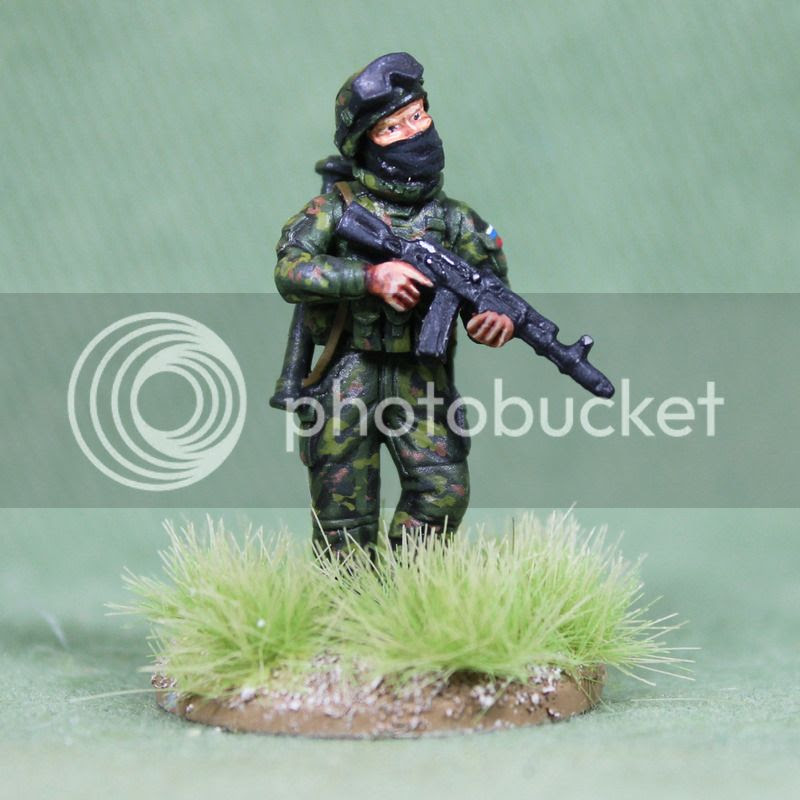 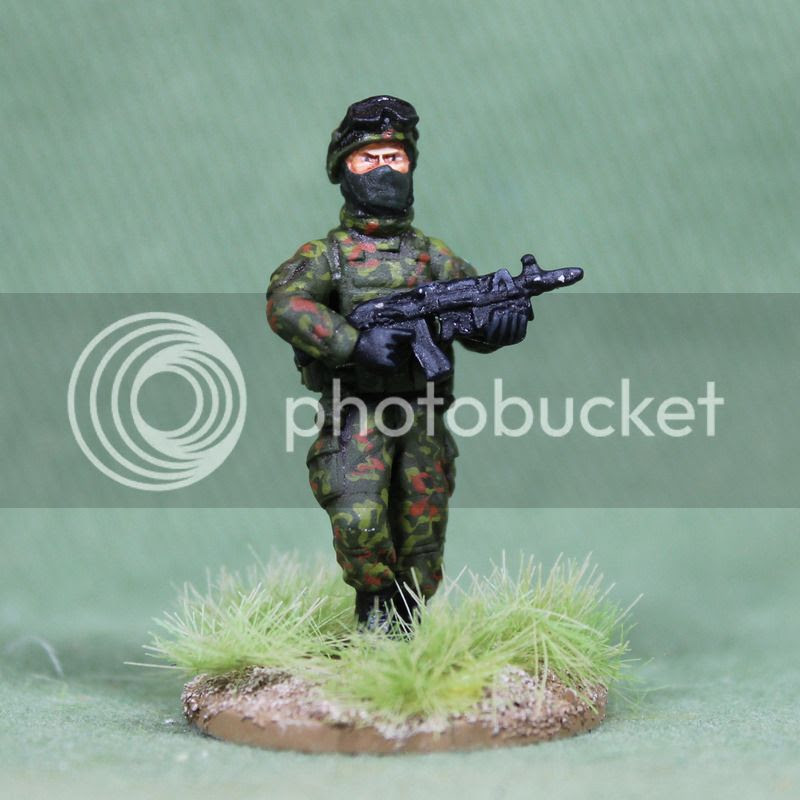 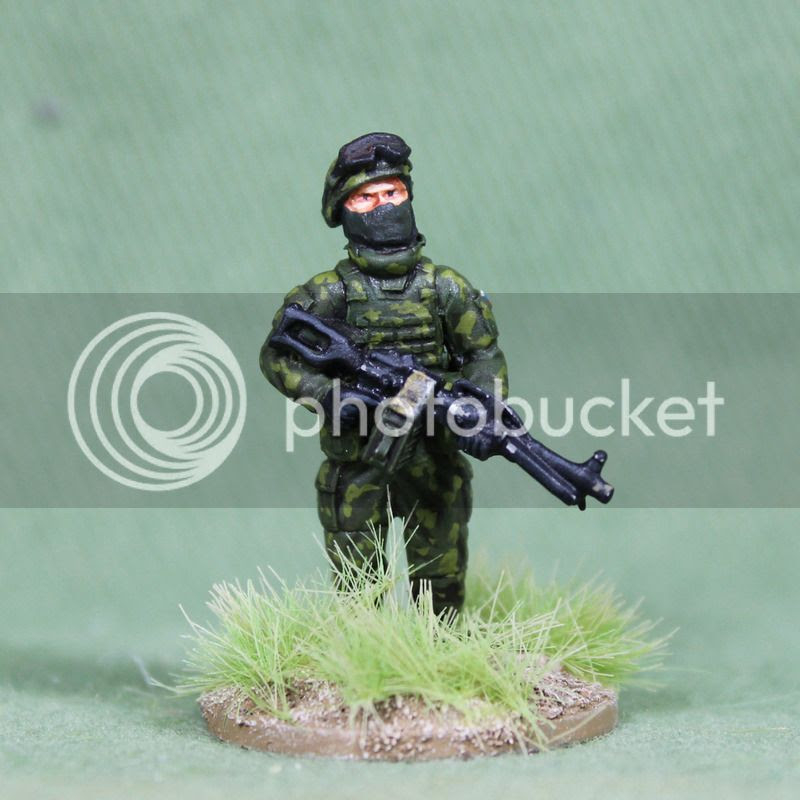 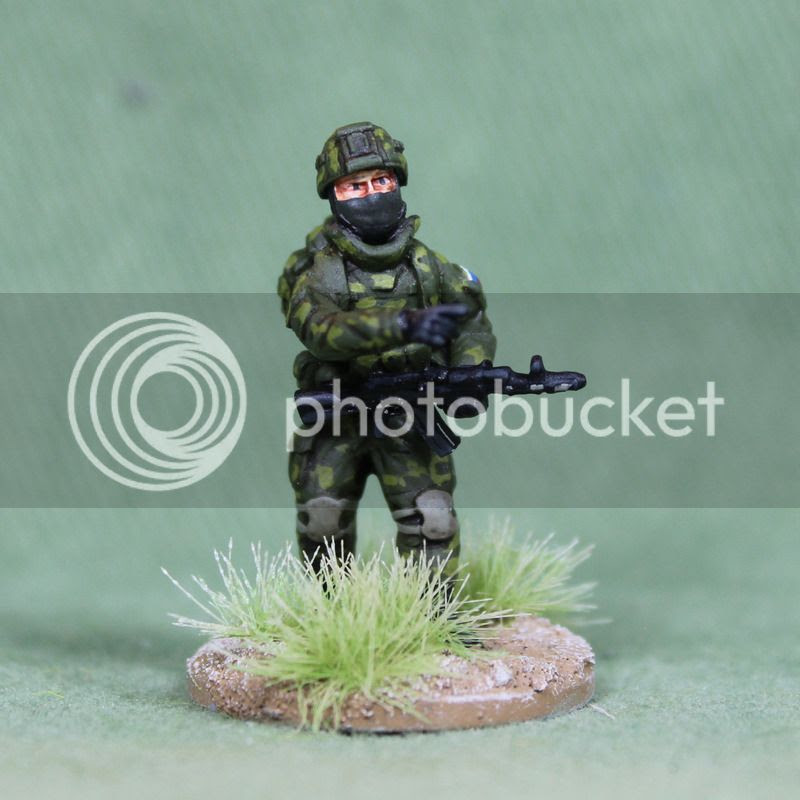 Plus some armoured vehicle crew. 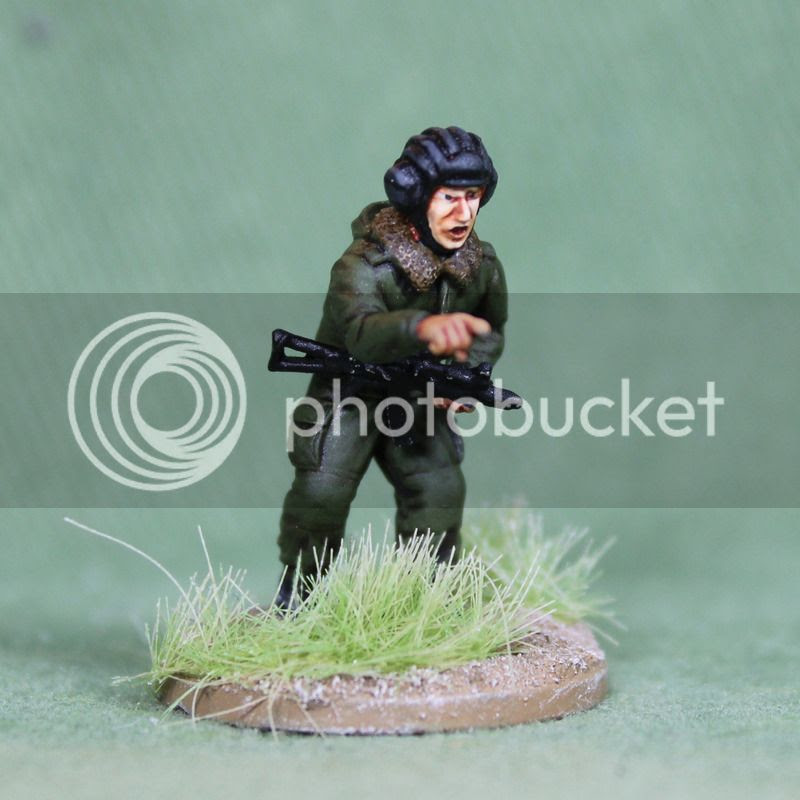 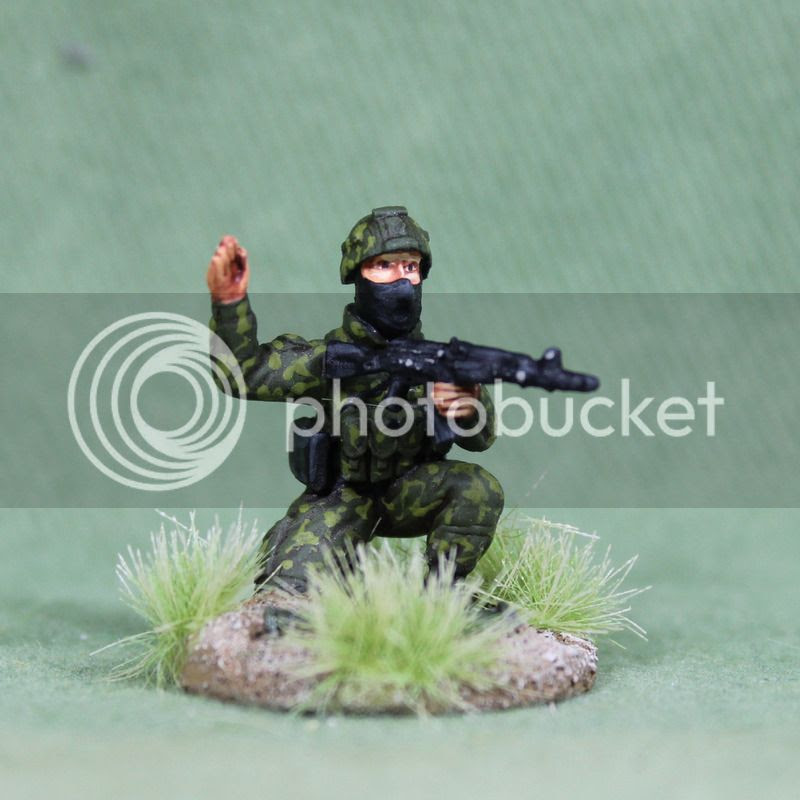 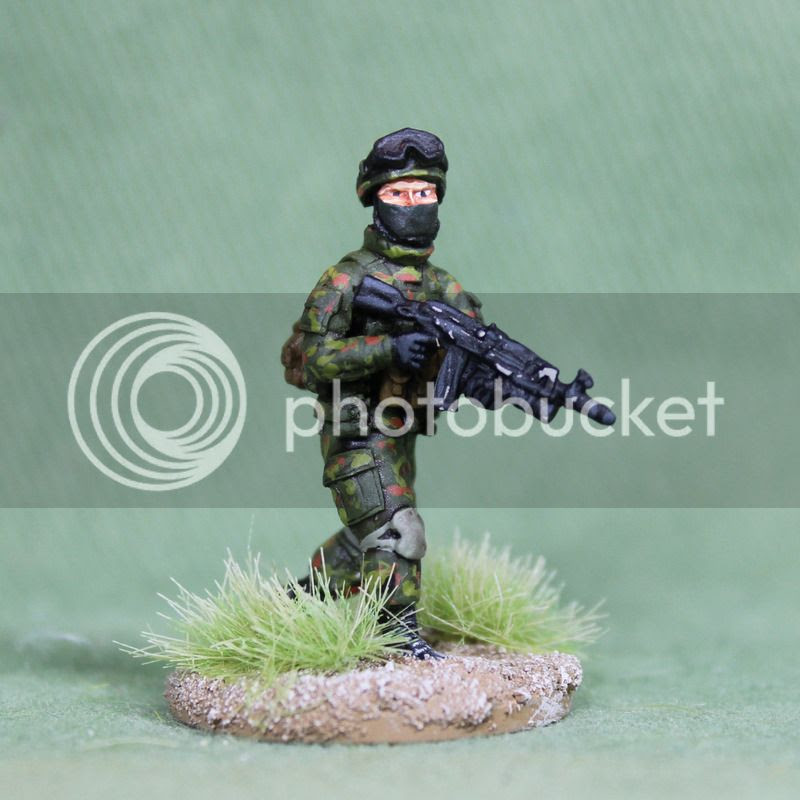 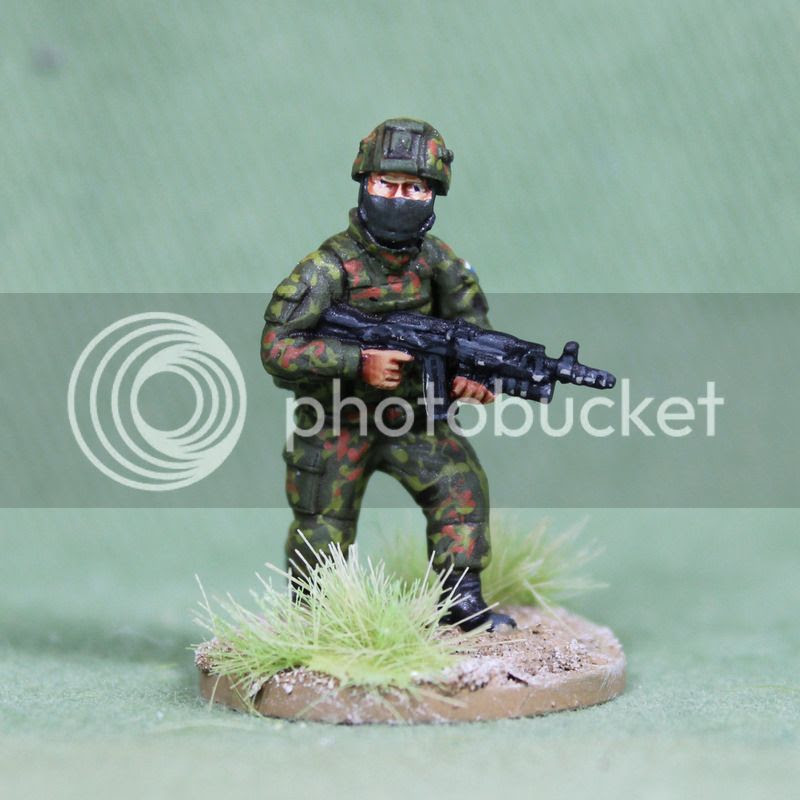 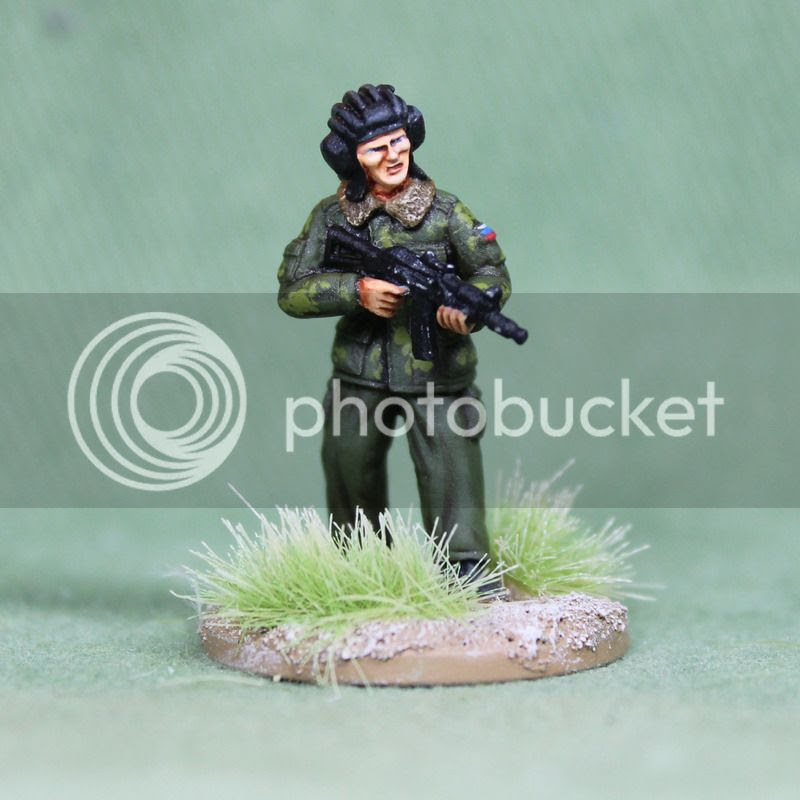 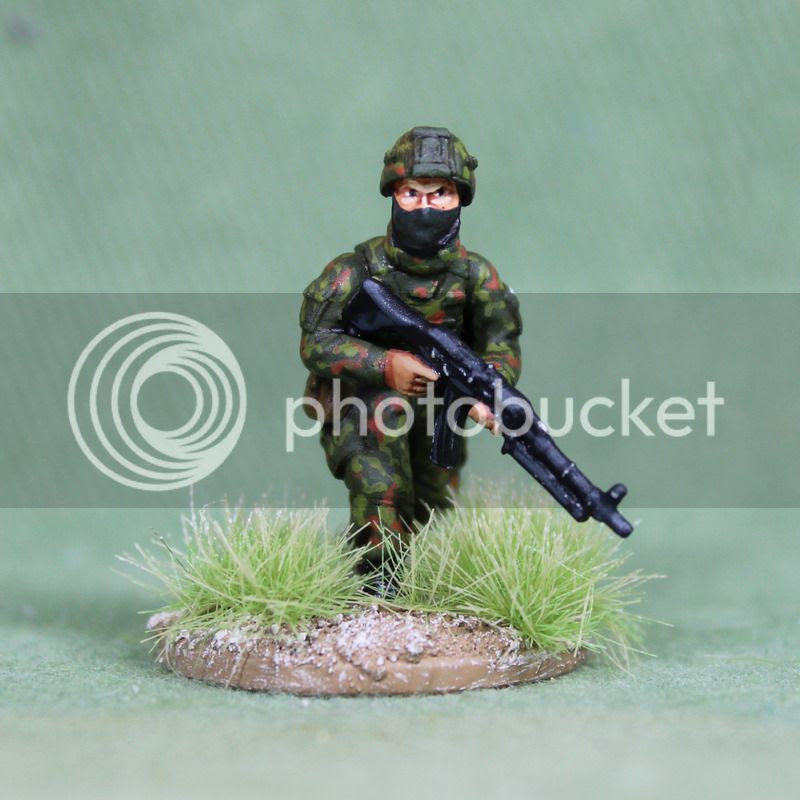 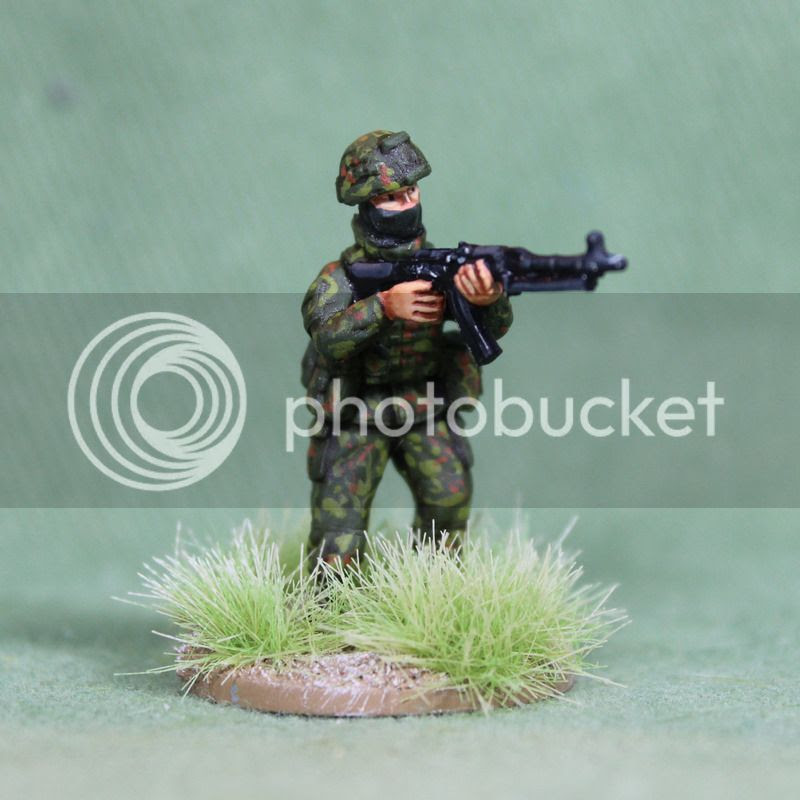 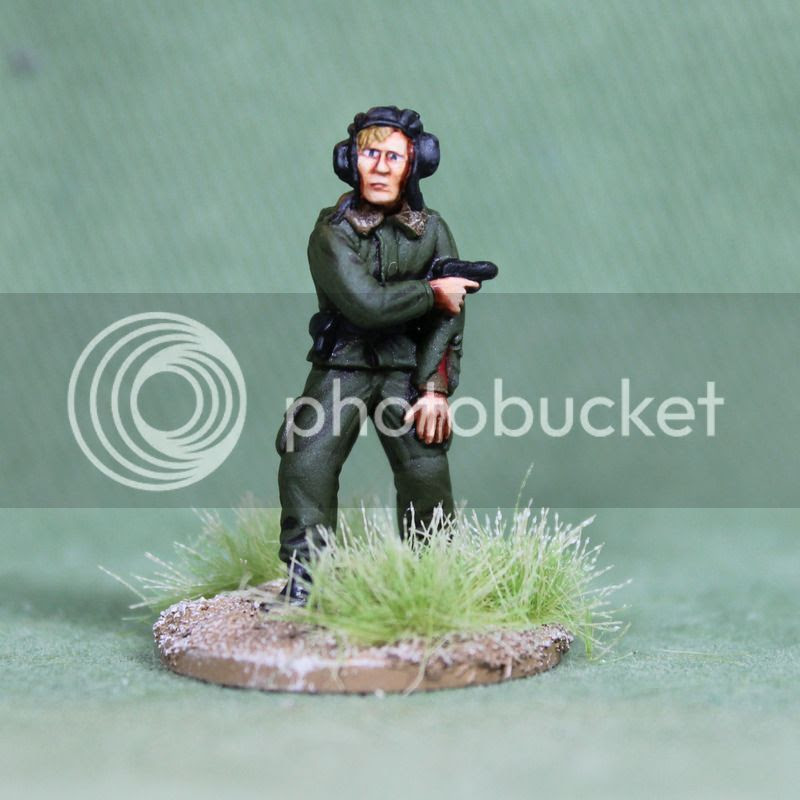 Well I hope that was useful.

PDE
Paul from Empress Miniatures. Wargaming for so long I count it in decades rather than years. This Blog is dedicated to just one of my many hobbies. Please note that if you click on the pictures they open to show more detail.